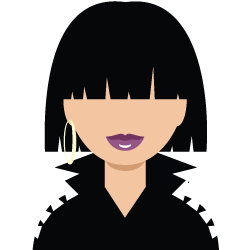 While some divorces are quite complicated, sometimes two people don't have a lot to resolve during the dissolution of a marriage. If you have only been married for a short time, for example, there may not be children or assets that may complicate how divorce proceedings go. A good divorce lawyer can help you get divorced much quicker if you don't want to make legal mistakes or procedural mistakes that could hold things up. There are a few ways an experienced lawyer may help you get things over with fast.

Mediate All Divorce Issues for a No-Fault Divorce Filing

It used to be that all people had to wait for long periods of time before a divorce would be granted. It used to be that someone had to be given the blame for the divorce, meaning fault was found. Now with the option to file a no-fault claim, a divorce can be completed quickly through mediation. If you have no contested issues, or maybe only a few small issues that can be mediated, your lawyer will help you mediate those through a third-party mediator or by drafting a stipulation agreement that you are both willing to sign. If a stipulation agreement is made that resolves all critical issues, then a Decree of Divorce (order) will be made that mirrors the agreement and serves as the guiding order of the divorce.

While every state has different laws concerning separation periods, there are some instances where the waiting periods can be waived or shortened. In some states, for example, a couple may request to waive the standard 90-day waiting period and have it granted if they have children. This can be done if all custody issues have been agreed to. Your divorce lawyer can help you draft a motion to waive the waiting period and also draft the order. If there are no objections from either party, it will typically be granted.

When you have legal help to mediate any divorce issues, as well as an expert drafting all of your legal documents to ensure they are legally sound, you will be much less likely to have issues with the court. No-fault divorces can be granted in a matter of weeks in most cases. This is why it's great to hire a lawyer if you want it done right and fast. For more information, contact a divorce attorney near you to learn more.